If you can get yourself away from what’s tried and true and discover something new, then you’re going to learn something about yourself and other people around you, and it’s just going to open up your horizons to whatever else is out there in the world. – Nikhil Daftary

When I was a kid, my friends and I lived for mood rings. We stalked the neighborhood stores and hassled the owners so that we could get the newest mood rings on the shelf. I found myself completely in awe of the ring’s magic–and it definitely was magic–as it changed from black to amber to pink on my sister’s finger. When experiencing mood rings for the first time, my best friend grinned and shrieked, “Oh my God! It knows that I’m happy right now!”

As we got older, we began to rationalize the magic of mood rings. Could it really tell what we were thinking? If yes, then why was the darn thing always blue-green on my finger? Contrary to the ring’s consistent “upbeat and motivated” coloring, I was not always a happy kiddo.

Luckily for us, the early mood ring fanatics, a site has come along that celebrates our moods. We might feel sunny in the morning, melancholy in the afternoon, and energetic at night.  We might simultaneously feel the need to go out and explore the thousands of entertainment options in our city. Unfortunately, our mood rings, bracelets, and best friend necklaces have long since gone the way of the Magic 8 Ball, disappearing into the mists of childhood. Enter Moodfish.com.

Moodfish is a “mood based” entertainment search engine. It helps users to find information on dining, movies, and other entertainment options depending on their mood. For instance, if you live in Austin and feel like going out on the town, choose the mood recipe “Hot & Sweaty Dance Night,” and Moodfish will make recommendations. Or, create your own combinations using their mood options: mellow, melancholy, sunny, intense, energetic, quirky, or sensual. 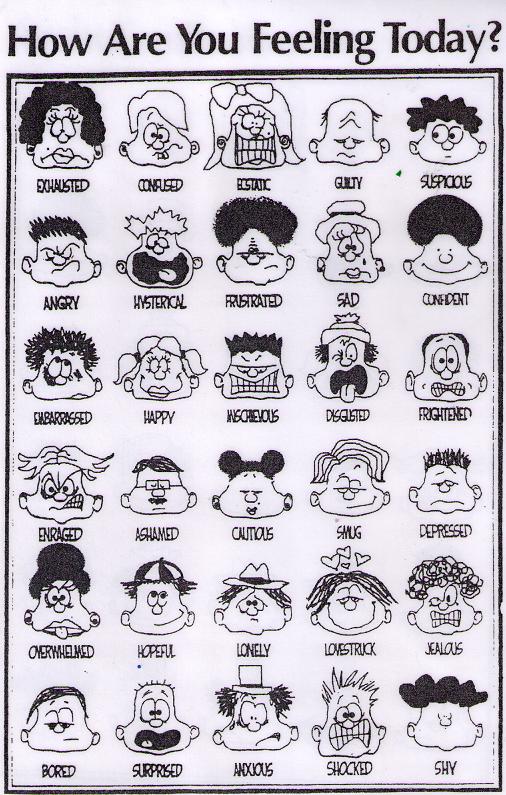 Some people are skeptical when they hear the idea behind Moodfish. “Mood based what?!” they say. But that doesn’t bother Nikhil Daftary, Moodfish’s CEO and cofounder. The site is already up and running in Austin, San Francisco, and Minneapolis, and he plans to bring Moodfish to every city in the U.S. with a major sports team and a dense entertainment center.

Nikhil, who describes himself as a passionate and stubborn dreamer, attended 3 Day Startup, which he refers to as “one of the most brilliant, shining examples of entrepreneurship I’ve ever seen,” in the spring of 2008.  It was a beautiful mix of personalities and people from your non-showering, Mountain Dew-chugging coders to the high energy, hypercreative advertising types. According to Nikhil, “I can’t think of any experience, even in the corporate world, where I was surrounded with that much personality.”

3 Day Startup’s biggest strength, according to Nikhil, is that it gives perspective and insight to the ideas you bring to the table, allowing you to more fully understand your own ideas. Also, he says, there is a “set of expertise built in,” through the many mentors onsite. He feels that the kinesthetic experience provided by 3 Day Startup, coupled with the fact that there are other people to collaborate with in the experience, helps participants move more quickly from an idea to an actual business.

Nikhil also credits 3 Day Startup with giving him the experience and the push to make it in the startup world. “Had I not done [3 Day Startup], I probably would’ve gone back into the corporate world. As much as I wanted to go into a startup, I just didn’t see any real outlets for the startup world…My professional career began with 3 Day Startup. Had I not been there, I absolutely would not be here talking to you about…Moodfish.”
Has he ever questioned his ability to make it in the startup world? Has he ever thought that Moodfish could fail?  “It wasn’t ‘Was there ever a time.’ It’s, ‘I’ve forgotten how many times I’ve wanted to quit and just say f*** it…When is it all gonna pay off?’…But I also don’t see that as a bad thing…It’s a very resilient team…The more challenges that we face…just makes you want to try harder.”

Nikhil recommends researching the pitfalls of other companies who have gone through the program before attending 3 Day Startup. “Go to the info sessions,” he says, and ask the founders what made their company successful and what could have made it successful. It’s also extremely important, according to Nikhil, that participants know their own skill sets and how to apply those skills to issues that other companies have faced. He recommends trying to know ahead of time where you will fit in best so that you don’t get distracted away from your main focus.

One of 3 Day Startup’s other founders, Jason Davis, whose startup Adtuitive was acquired by Etsy, pitched the concept at 3 Day Startup that eventually became Moodfish. At the time, it was called Turn2Live, and was strictly a live concert search engine.  Through their market research, they found out that, “Live music, that’s much more recommendation driven than it is search driven…People loved the idea of mood based search, but it didn’t apply to live music because so many people just didn’t see it on a regular basis.”

So, when Nikhil and his team moved on from 3 Day Startup, they changed the company’s name to Moodfish and began to offer many other entertainment categories: movies, dining, music, art, active, and social. They started out intending to build a “kick ass search engine for things to do,” but along the way, their motivation became increasingly community driven.

“The longer term goal is, we get people out of their houses to go see local live entertainment. And when people get out and they see local, live music, when they see live theater, when they experience local dining…when they go out into bars where they’re happy, all of the sudden you’re getting people who are excited to see what makes their city great. They’re excited to get out and meet other people just like them…In the end, if you get more people to experience local culture and local arts, you’ll have a much better group of people living in that neighborhood.”

It’s true that, even though we have so many options in Austin, in some circles, there is a bit of ennui when it comes to figuring out what to do. It’s not that newspapers, blogs, and television ads aren’t continually telling us about the myriad of options in Austin. It’s due to the simple fact that sometimes, we’re just downright lazy.  We might know that we want to do something artsy, we just can’t be bothered to figure out what’s out there. The below is a sadly familiar conversation within my group of friends and family.

“Ehhhhh…I don’t know…I guess we should go to [insert Mexican restaurant here] and do the same thing we do every Friday night.”

“Try to take over the world?” [insert evil laugh here]

“This is not an episode of Pinky and the Brain. Obviously, I’m driving tonight. Le sigh.”

Notice the use of the word “feel.” We’re a society taught to rely on our thoughts and feelings, and we make decisions accordingly. My friends and I have often joked about creating a hundred sided die with all of the city’s options and just rolling it to cut out all of the hemming and hawing about what to do.

When it really comes down to it, moods are completely subjective. Can a ring really tell me what I’m feeling?! Heck, my moods change hourly, and I don’t think the ring could keep up. But Moodfish can. All I have to do is choose which mood I’m feeling right at that moment and I’m off to the races.

To create opportunity and build community through entrepreneurship education that is dynamic and inclusive.

Stay in the loop with our newsletter