Lauren Johnson was a rockstar intern at 3 Day Startup. She spent 8 weeks tracking down 3DS alumni and interviewing them about their experience during and after 3DS.

Go to 3 Day Startup, go build a prototype, find some marketing guys if you’re a developer, find some developers if you’re a business guy and go actually do it. And I think 3 Day Startup is perfect for framing your mind into that. Just like an incubator would be a perfect next step for framing your mind further into it. And then, the final thing to frame your mind into it is being poor and wanting to eat tasty foods. That’s a pretty good motivation. –Tim Kern

With Wawadoo co-founders, Tim Kern and Chris Allen, everything is tongue-in-cheek hilarity. Best friends since freshman year of high school, they finish each other’s sentences, talk over each other, and finish off any topic with a joke or a laugh. When introducing himself to me, Tim stroked his hairy chin and asked if there would be a video portion of the interview, saying, “I really should’ve shaved my homeless man beard. Or at least filled it in with a pencil.” He and Chris later revealed that their company theme song was Rick Ross’s “9 Piece,” and they sang along with a rap song that blared from a nearby car during the interview.

Both are major idea guys. They come up with ideas for companies all of the time, together and separately. Chris is a big picture guy and Tim handles the details.

Chris agreed, “We get stuff done faster because of the way we work.”

Wawadoo is an event recommendation engine for local events, and what started out as a site geared toward consumers has transformed several times due to customer feedback and valuable mentor advice. Based on that advice, the co-founders found another way to bring in revenue by marketing to event promoters who were having trouble getting their events noticed. They created a software program called “Get Promotd,” which “helps event promoters post their event online to all the major event discovery sources.”

Tim and Chris attended 3 Day Startup in fall of 2010, and they were extremely excited to have been accepted. According to Chris, the most important thing about 3 Day Startup is that it “completely crystallized my belief in my knowledge that I wanted to do startups for the rest of my life. I couldn’t see myself doing anything else because we hung out with really cool people, we talked about things that we were all interested in and it just happened so organically. It wasn’t forced…I love 3DS. It put me in touch with all of these people who I never would’ve met.”

At this point, they had already prototyped and begun the validation process with Wawadoo. While at 3 Day Startup, they focused intently on customer discovery, and they felt that the three day process was very close to the real life world of startups.

“Honestly, it’s pretty accurate to what you actually do when you’re running a business. It’s like, wake up at too damn early in the morning, you drink like 5 Red Bulls, and then you’re like ‘Alright, well what do I need to be doing?’ and you collaborate with your team and you do it for a while and then you realize that that was a stupid idea. And then you go realize what you need to do from doing that stupid idea, and then you go do that for the rest of the time…it’s like running a bunch of experiments, so it was cool to have that laboratory to run experiments in.”

They applied to several incubators at the same time they applied to 3 Day Startup and got accepted into Alpha Lab, a Pittsburgh based accelerator which specializes in technology startups. The co-founders agree that attending 3 Day Startup proved they had experience and a product, and was hugely influential to their acceptance into the incubator. According to Tim, their biggest lesson from Alpha Lab was, “You’re not doing anything valuable unless you’re talking to customers all the time…asking high level questions all the time…and then drilling deeper down into those specific questions. And that lesson from 3 Day Startup carried over.”

When I asked if they had ever wanted to quit or if they had ever thought that their company was in trouble, they both burst out laughing. “Is every day a way to say that? Seriously, every single day…,” was Tim’s answer.

But, Chris disagreed. Apparently, the co-founders have a VC mentor who had really shaken their confidence at one point.

“He came in one day, and he’s one of those very high level guys, and he asked us several questions that made us completely think that we were stupid. And we just didn’t have answers for any of the questions…It was the lowest point ever, and I seriously thought, man, what am I doing?! I can’t believe I quit my job…so he kinda crushed us, but after that, we spent all week in a state of limbo and then found some answers and then things have definitely gone up and up from there.”

I wondered if they still thought their mentor’s questions were valuable even though they made them question themselves. Tim replied, “It was probably the most valuable thing we did.” So, what has stopped them from quitting?

“We have no other options in our lives! We would have to rebuild our lives! Using me as an example, all the Internet marketing that I did was for this business and I was doing enough to barely survive and get this business going. So, I haven’t been in the career world after I graduated college. I have nothing else other than this. And I would find something else, don’t get me wrong. I’m a resourceful person. But, it’s an awesome motivation,” Tim said.

Chris had a different perspective. “This was just the one thing that I had the most fun doing, so I could never probably go back to a regular job. I would just start another one, you know. I would just live with my mom and eat Ramen until I could program something else to make money and then I’d do it again. I would never work for anyone else at this point…Yesterday, for example, we went out to Mozart’s and we just worked from the lake. I would do that. I was working and I was at the lake. I can’t do that working for a newspaper.”

Their motivations vary, and as they’re both very young guys with no families to provide for, they’re not strictly driven by a need to make lots of money fast.

“I don’t like being told what to do…I don’t even like Tim telling me what to do. And I work way harder for myself than I would’ve ever worked for anyone else,” Chris revealed.

Tim doesn’t fully buy into the idea that running a startup is equivalent to working for yourself. An entrepreneur always has to answer to someone, whether it’s an investor or a consumer. That’s not to say that he’s not interested in making money. Tim counts making a profit among his incentives, as well as the gamble of working for a startup.

“The motivation was just that the reward would be mine to take and there would be nothing limiting me…having no limitations to my success is probably the greatest motivation…In this place, I’m passionate about what I do, which is helping people find really interesting events and helping event marketers get the word out for their events.”

The advice they offer to future entrepreneurs who want to attend a 3 Day Startup is similarly varied. Tim continually returned to the idea of customer discovery.

“Go talk to whoever you think your user or customer is. That’s the easy answer for me…Going and talking to customers and figuring out what exactly their budget is, what their pains are. What your system does for them, how they act when they use it.”
Chris gave a different, more internalized piece of advice. “Figure out what your key metric of success is. Have a goal of creating something to test. Get one user, or one consumer and have a test to see if the business is real.”

According to Tim, “The hardest part is letting go of your ego and accepting the real world….For us it was like, well how do we actually go through the real world to survive? And the answer to that was find something that we could actually sell a customer that didn’t really take too much scaling to get us to salaries, and I think that now that we found that there are no major problems, there are just a trillion minor problems.”

When I was wrapping up the interview, Tim asked if we could include some random association questions or Rorschach Ink Blot tests into the interview. “Tomato Rufus” was the result of that line of questioning, a name we decided we’d donate to some lucky Austin band. You’re welcome, Austin. 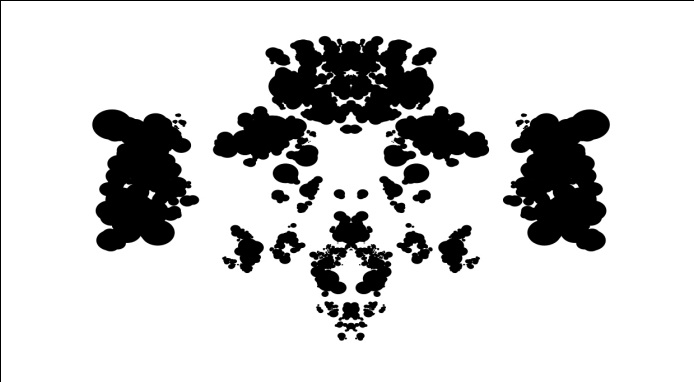 Tim and Chris officially formed their company in January of 2011 and launched their third version of the website shortly thereafter. They currently have 1000 users in beta phase testing.

To create opportunity and build community through entrepreneurship education that is dynamic and inclusive.

Stay in the loop with our newsletter