A Whirlwind Tour of Student Entrepreneurship in Portugal

Recently, The IC2 Institute invited Joel Hestness and I along with Carnegie Mellon University and Gary Hoover to speak at a handful of Portuguese Universities to discuss ways to encourage entrepreneurship and explore challenges facing Portuguese students regarding startups. This tour of Portugal took us through four universities in five days: U. of Minho (Braga), U. of Trás-os-Montes e Alto Douro (Vila Real), U. of Coimbra (Coimbra), and Instituto Superior Technico (Lisbon). This post shares some observations and learnings from that experience.

Background
Portugal needs entrepreneurship now more than ever. The government entered a crisis in March and the demographic base is ill-adapted to a knowledge work economy: the high school graduation rate between ages 25-64 is only 25%. We were honored and excited for the opportunity to explore entrepreneurship in this culture, speak to the next generation of Portuguese entrepreneurs, and discuss these challenges with Portuguese students and administrators.

We gave short talks and long Q&A sessions in auditoriums in the mornings and performed one-on-one mentoring and coaching sessions with aspiring, nascent, and active entrepreneurs each afternoon. The programmed activities were superb. Sometimes we spoke to a packed house and other times to a scant crowd, but in each case the students, administrators, and government officials were engaged and genuinely interested. These events, in combination with evening talks over excellent Port wine (what else?), shaped our understanding of the student perspective on the university experience, the implications of starting a company, and students’ feelings about taking an entrepreneurial path in Portugal.

On a surface level, we noticed many indicators of a country ripe for a burgeoning culture of student entrepreneurship. Every student at every school we visited was aware of and inspired by established startup success stories and the hot new startups in Europe and the US. Portuguese students were just as familiar with and active on new technologies, web services, and social media tools as students we see throughout US, Europe, and Latin America. As far as technical talent, Portugal as a whole has less than any major startup hub in the US but local entrepreneurs told us the talent was present if one looked hard enough.

In some ways, the entrepreneurship challenges facing Portuguese students are identical to the structural issues in campuses across the world. The “silo problem” is very real here: students in one discipline have few opportunities to connect with students in other disciplines. Computer science students do not interact with the business students, who do not interact with the design students, who do not interact with the law students, and so on and so on. The “three legged stool” problem, which refers to gaps between the students, the administration, and the entrepreneurship community of investors, entrepreneurs, advocates, is in full effect. The entrepreneurship community leg of the stool is underdeveloped and disconnected with entrepreneurially ambitions university students. The level of interaction and number of partnerships are smaller than in more vibrant university entrepreneurial ecosystems and this deficiency shows itself in the lack of student startups. It is unknown if this situation stems from a motivation issue (the established entrepreneurs are not interested in helping the next generation), a cultural issue (this is simply “not the way things are done”), or an infrastructure issue (there are no established avenues for bridging these groups). My hunch is that it is a combination of all three.

We shared the stage with notable young startup entrepreneurs in several cities, including bioinformatics entrepreneur Simao Soares (Silicolife) and CEO Jorge Pereira (Seegno) in Braga. At the University of Coimbra grad student Mariana Neto (Exa4life) explained how she got involved in a healthcare startup and Rafael Jegundo shared lessons learned from his success founding student consulting shop Jeknowledge. Ana Teresa Freitas pitched us on her HeartGenetics startup. Daniela Couto, CEO of biotech startup Cell2B, pitched us and introduced us to ginjinhas in the amazing Barrio Alto neighborhood later that night.

Crisis of Confidence
I was prepared to speak at length on advanced startup methodologies and philosophies. In the weeks leading up to these talks I worked tirelessly to distill down the learnings from running 3 Day Startups across the world and nurturing successful student companies and entrepreneurial communities. My talk presented prescriptive advice for undergrad and grad students and explained how to use the university as a platform on which to build your startup. On the first day, I realized I would have to throw most of that out the window.

Why? It wasn’t because the students lacked the brains, skills, or motivation. The issue was entrepreneurial confidence and the perceived high cost of failure. A lack of entrepreneurial confidence is not unique at the university level: no matter what university we visit, there are always some students interested in entrepreneurship but but hesitant because they do not know if they “have what it takes” or if startups are a viable path for them. We joined Simao, Jorge, and Luis for dinner later that night and they unpacked the reality of the Portuguese mindset about failure.

Black Marks vs. Badges of Honor
Fear of failure has a heavy influence on Portuguese entrepreneurship culture. Numerous people we met told us that if one attempted to start a business and failed in Portugal, that failure would haunt that individual for the rest of his career. An unsuccessful business venture represented a black mark on a career requiring extensive damage control and whitewashing at every future investor pitch or job interview. Not only would it create difficulty for a business, career, and social life but it would also carry heavy costs for family life. Imagine bringing shame and infamy upon your family for a failed business endeavor. An uncle or grandparent would frown and harp on you at every family reunion for the rest of your life.

Accordingly, some of the students and administrators perceived us as the “crazy Americans” because we are so deep into startups and we chase our own startup dreams. But we are quite comfortable in this role. Not that we are admitting to insanity, but sometimes startup life is all about creating your own reality (see: reality distortion field).

I explained that in the US a failed startup is a badge of honor. The multidisciplinary skills, resourcefulness, and “big picture” thinking that the pursuit of entrepreneurship instills in young people are valued by your next set of investors or job interviewers. I explained that student status justifies a greater risk tolerance than non-students because of a) lifestyle advantages such as the time to course correct over a long remaining career runway and b) how most students have the luxury of not having to financially support a family. I laid out the benefits of surrounding oneself with the bright, ambitious minds that are attracted to a university. I pointed them to classic Paul Graham essays. I related the Wayne Gretzky quote about missing 100% of the shots you don’t take and how Babe Ruth became the record holder in home runs by becoming the record holder in strikeouts. (Note to self: have futbol metaphors ready anytime not in the US). Our arguments connected on a surface level but this struggle runs deeper. 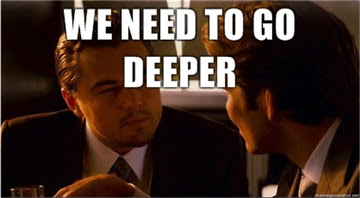 I will address the deeper dilemma in later posts.  The heart of the answer has to do with something we see at every 3 Day Startup event: transformative personal experience.

Shout outs to the Entrepreneurship Day organizers (Luís Rodrigues (AAUM, U. of Minho), Patrick Ferreira (AAUTAD, U. of Trás-os-Montes e Alto Douro), Sérgio Pinto (AAC, U. of Coimbra), Davis Gouveia (IST), our colleagues at Carnegie Mellon University (Babs Carryer, Dave Mawhinney, Tara Brandstaad), the young Portuguese entrepreneurs we met (Simao Soares, Jorge Perreira, Maria Neto, Daniela Couto), the inimitable Gary Hoover who joined us on the trip and rocked every crowd he met, and extra special props to the UTEN administrators who served as our amazing hosts (Ana Paula De Amorim, Maria José Francisco, Sonia Pinto). Many thanks to IC2 for sending us.

And just in case you are still reading, some quick thoughts on the country: Portugal is spectacular. Cool people, great food, beautiful buildings. I’m officially a fan of port wine now. And Fado is their national music — any country that has songs that sad and beautiful as the cornerstone of their musical tradition is alright with me.