“Faster than a speeding bullet! More powerful than a locomotive!

Able to leap tall buildings in a single bound! Look! Up in the sky! 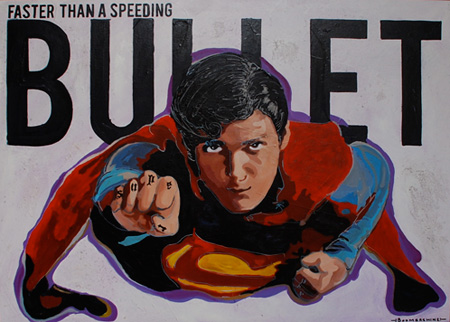 Alright, so Alex Baldwin and his confounders can’t actually fly or leap over the UT Tower. But the creators of Console.fm do work ridiculously fast when it comes to building and iterating web apps. Introducing the self-named Rogue Team, able to create web apps, iterate on projects, and hustle to get 10,000 users in just three weeks.

The story of our superheroes starts at University of Texas at San Antonio, where three fraternity brothers, Alex Baldwin, Alex Manelis and Matt Johnson attended college. Alex and Alex, or Alex squared, as I like to refer to them, had been working and building things together for several years. “We just know how we work together. Alex and I are really, really blunt with each other. And we haven’t been able to find many other people that handle our work style very well.”

Another part of their “blunt” style comes into play with the complete lack of emotion when it comes to decision making.  Hey, no one ever saw Superman get emotional, did they? But, boy did he get the job done.

“No one’s allowed to have opinions. It’s like, you have data or you don’t have an opinion. Alex and I got into an argument about how my homepage was gonna convert on Console.fm. And so, rather than making that an actual argument, we were just like, ‘Hey, we disagree. So we’re gonna test it.’ So I got a hundred people to go to the site, and it worked. So, that was the end of the argument…There’s no opinions, no emotions. It’s just like, is this either A) effective or B) is it not? It’s like, ‘Well, I like this color.’ It’s like, ‘Well, too bad, it doesn’t matter.’ There’s a lot of people who say ‘Yeah, I’m in for building what’s really effective.’ But at the end of the day, there’s really few, few people that really do enjoy that. For us, it’s all about understanding the process and we refine our process.”

Alex squared have a problem-driven motivation. They see a niche and they know they can fill it. “Alex and I just love building stuff…building stuff to fix problems is how we’ve always looked at it.” According to him, they’re “just driven to build cool stuff and keep iterating on it.”

Alex Manelis and Matt Johnson are both CS students, and in the words of Alex Baldwin, “fantastic programmers.” Alex Baldwin has most of an international management degree, but doesn’t think it will be any help in the startup world. “I got a business degree, but I might as well have thrown that out the window because managerial thinking and entrepreneurial thinking are at odds with each other. If I tried to use anything I learned from my degree, it would hurt our business.”

And, just as Clark Kent’s parents knew that their son was Superman but probably didn’t fully appreciate the gravity of what he was doing when he donned the red cape and spandex suit, Alex’s parents don’t truly “get” what he’s doing.

“Our parents still don’t understand what we do. They just kinda assume that we have a job out in California now. They literally don’t even know what we do. If I tried to explain it, they’d just kind of nod and be like, ‘Oh! That’s nice. So, you’re working for a Google kind of company?’ And I’d be like, ‘Yep. Yep, that’s right mom.’” 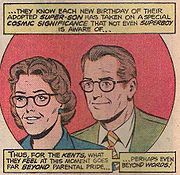 What’s his Kryptonite? Alex’s team doesn’t seem to believe in Achilles’ heels. “If everything we were to do stopped working, we can just build something else. I don’t think there’s really any stress or any worries involved with what we’re doing. At any time, everything we’re doing could fail, and we could always pick up and start again really quickly.” 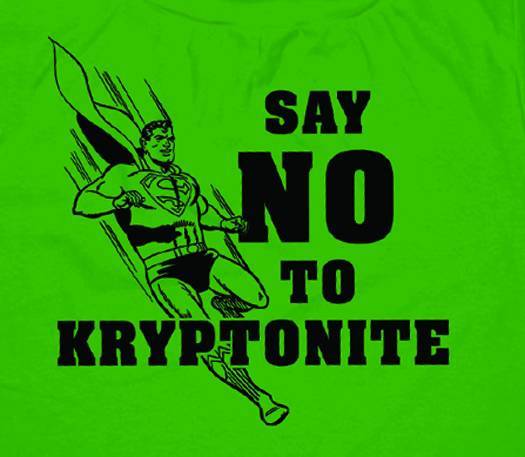 Ok, so there aren’t any “worries” or “stress” on the team. But do any of them ever want to walk away and do something a bit more conventional? Does the risk ever get to be a bit too much?

“Uh, no. That’s a really arrogant answer, but we make decisions in a certain way that we are always doubling down on the risks that pay off. So, we’re not really big risk takers. A lot of people profile entrepreneurs as like they’re this type of people that thrive on risk, and we really don’t work that way. We build something that’s small, like the first version of Console.fm only took us a couple days to build. And we launched it with the hope that, if even one other person used it, that’s cool. It’s just something that we built for ourselves, and if we can iterate and build something that other people enjoy too, that’s awesome.”

Why is it that they have no fear, you ask? Most likely, it’s because everything they’ve built has done well.  They built their first web app, a college exam network called Free Testbank, in 2007 as bootstrapped 18 year olds. When that app first started taking off, they were inspired to make it even more successful. It is now the 2nd biggest college exam network.

They followed it up with Whyhello.im, an About.me clone, in February of 2010. “We got a lot of traction, but we realized one thing that we were totally wrong about. It’s that the people who signed up for Why Hello weren’t like every other person…it was all developers that signed up…With minimal marketing effort, like…a couple of tweets…we got about 3,000 people to sign up in a little over two weeks.”

The team decided to rebrand and relaunch with more of a focus on recruiting developers, and took their idea, Helloworld.im, with them to 3 Day Startup in May of 2011. According to Alex, “When you’re looking at other people’s code…you always want to know who are the people behind it. So, a lot of developers make their own personal website, but they’re really bad about updating it, or it’s not well designed, or they never really talk about themselves. So, we were trying to clean that up and give a structured way for developers to talk about themselves.”

The Rogue Team had set out very specific goals for themselves at 3 Day Startup. “Our goal with 3DS was, we wanted to have a paid product and actually have revenue by the end of three days.” Unfortunately for them, they ran into a few snags. On the first day, Alex Baldwin had an asthma attack and ended up in the hospital, which he refers to as “the biggest nerd injury ever.” To make things worse, the banks were closed that weekend and they weren’t able to open a merchant account.

Adding insult to injury (literally), the judges on the pitching panel at the end of the weekend didn’t quite understand their product. Luckily, after pitching, others came up to question the team. How much would it cost them, they asked, to get all of these developers’ contact information? Alex tried to explain that the developers would pay to be on the site and the information would be free to recruiters. When the interested parties insisted that they would pay $1000’s per month to have recruiting access to the site, the team decided that they should take Hello World more seriously.

“3 Day Startup is absolutely amazing for people who are interested in getting in the scene, for people that have heard about startups, or it may be a business person who had the idea and wanted to see if they had the acumen for it. It’s a good litmus test. If you can’t handle a 3 Day Startup, you definitely can’t handle running a startup…For people that are just getting started, it’s THE place to go. It is so important. You will meet the mentors there…if you didn’t have access to that previously, just by meeting the people there and knowing that you’re going to a 3 Day Startup, people will help you. And getting your network set, and finding other people that might be worth starting a business with later, that’s where you’re gonna find those people…the mentors were most helpful in helping us spread the word after we were done with the program…They were awesome in networking and helping us get started…That’s what gave us the initial push to keep working on it, the mentors that wanted to see it actually pan out for us. It was tremendously helpful.”

According to Alex, the most crucial takeaway of 3 Day Startup is learning the importance of the pitch.

“I never understood why pitching was so important until 3DS, which I thought was a really, really good process…We really enjoyed the whole process…and its such a hard deadline. When you’re working by yourself, it’s easy to get caught up in the ‘Oh, we’ll just launch it tomorrow. We’re really close.’ When you have that hard deadline of ‘You’re going to pitch this in three days no matter what,’ that’s just immensely helpful.”

Shortly after 3 Day Startup ended, the Rogue Team was asked to join the 500 Startups accelerator program in Mountain View, California. “We got accepted…in the middle of May and they basically gave us a day and a half notice to move. So, we moved out to the valley. We packed our whole lives into Alex’s Jetta and just left.”

Next, they brought on another superhero.

“We hired Alex’s programming mentor [Josh], and he came out as a cofounder….He had three days to look at the entire code base and figure out what needed to be fixed…[But] Alex and I don’t really sit too well. We can’t really just sit on the side lines.”

Lo and behold, in those three days, out came another web app. “We were like, ‘Ok, well, let’s build a music site while we’re waiting for Josh.’ So, I came up with the name and Alex came up with how the model would work, and then we built it in…three days, and then we launched it by mistake and it took off. We had about 10,000 users in three weeks…So, that’s the most successful thing we’ve ever made, in the shortest time as well. That’s when we decided, hey, this is definitely real. This is not like Hello World, where we’re waiting for things to blow up. This is actually blowing up now and that’s when we made the decision to switch.”

Console.fm is an electronic music site that collects top music from across the web for different musical genres. When I was interviewing Alex, the site had only been up for about a week and a half.  “It’s something that we definitely know that we’re passionate about and know that we fit. And, obviously we fit. We’re in Silicon Valley now. But, it might not have. I don’t know. We got lucky is my opinion on that.”

Alex is most definitely an entrepreneur in love with music

I don’t remember Superman ever thanking Lady Luck. From what I can recall, Superman never doubted his complete control over the situation. He buckled down and did the hard work quickly and dependably…just like the Rogue Team.

Keep your eyes open, superhero fans, for the next installment of the Rogue Team in which we find our hero, Alex, practicing his pitch every day for a month and the team attending a demo day armed only with their newest invention: Console.fm! 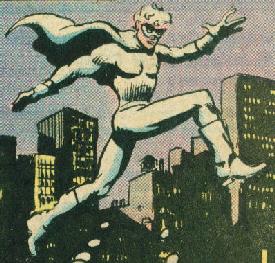